Country: Madagascar
4th largest Island in the world
Top ten poorest countries in the world despite having considerable natural resources

School Location: Anivorano Nord in the Diana Region in the most northern part of Madagascar

Population: Approximately 20,000 inhabitants
There is a lack of primary and trade schools in the region

Current School: The Garden of Success
Kindergarten to High School

There are approximately 500 students and 20 teachers. The director and founder is Mr. Francisco Maurice, Maventy Health International Manager.

Mr. Francisco started The Garden of Success School on October 10, 2011 with 10 students and 4 teachers.  It began with one class for the upper grades – high school.

In October, 2013 the school grew to serve 3 and 10 year old students with two kindergarten classes, one primary school class, and one class for upper grades – ages 10 and up.

Every year since, they have served students kindergarten to high school.

To fund a new building for the Garden of Success School for students ages 3-25 with better infrastructure and better learning environment.

The school will begin with basic literacy skills and continue to teach trades such as mechanics, cooking, sewing, and life skills. The school will encourage daily attendance and full schedule. The daily curriculum will incorporate health education relative to the community health challenges. The emphasis on nutrition, hygiene, and family health will function as preventative care.

Mr. Francis believes that by helping young people that are illiterate "we will fight against the gangs and crime. Where there is a will there is a way. We hope that everyone in the village will have jobs."

The school will be the first in the village to provide professional training centers where children will grow into proud, productive and healthy members of their society.

To fund a building with 2 classrooms that will set the foundation for the larger school.
Estimated budget: $8000

A school with 14 classrooms and the first trade school in the community.
Estimated budget: $50,000 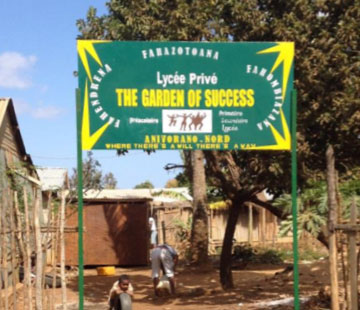 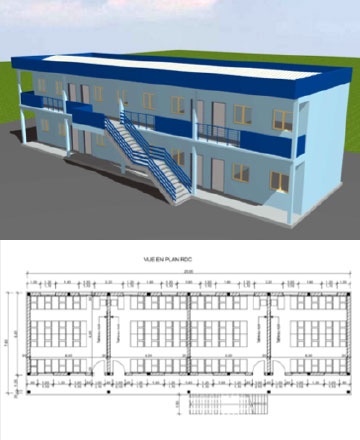 Together, We Have Built a Brighter Future!

Celebrating the Season at Garden of Success School

A Big Thank You Cheer from the Garden of Success Students

Student Getting Water from the Well on School Grounds